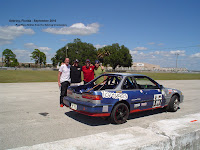 So, Are You The Next Ayrton Senna?

Have you ever dreamed of racing on world famous tracks like Sebring, Road America, Texas Motor Speedway and Nelson Ledges?  What about on the streets of Willow Springs, Ensenada (Baja Ca Mexico) or Mexicali? Are you one of those people that tell your buddies “I can do that”? If you are or have then continue reading, if not, this article is not for you.

Before going any further let me give you a little background. I was lucky enough to grow up in the 60’s and 70’s. A time of big motors, big horsepower, and what was then small cars. Most guys I hung out with had GTO’s, SS Chevelles or 428 Mustangs.I didn’t exactly fit with my 61 Ford Galaxy but speed was in my blood. Not having the funds to compete with those guys, I did the next best thing to satisfy my hunger for speed. I went to work for and against some NASCAR guys that maybe you have heard of, Bobby Allison, Donnie Allison, Neil Bonnett, and Red Farmer. Combined these guys won 112 Grand National races and more championships in every division of NASCAR than you count on both your hands and they did it with cars built in their own backyards. I bring this to your attention only because they have a common thread that connects us to them. They all raced on shoestring budgets at one time or another. I raced until the early 80’s when cubic dollars took over cubic inches. The ole saying of “speed cost money, how fast do you want to go” was born. Racing and speed was in my blood but unfortunately, the bucks were not in my pocket, so I gave up the dream and settled into adulthood, building countless street rods and cars trying to quench that need for speed but never succeeding.

Fast forward to 2009 when fellow racer John Condren  hits on an idea of “wonder what would happen if  you took say a $500.00 car and raced it for 24 hours”. A series was born for the common man. A series where you race on world famous tracks with really crappy cars, but cars that will allow anyone with the want and desire to compete. It’s back to the old days with ChumpCar. After competing with these guys, you will see racing in a totally different light.  Most everyone lives within the spirit of the rules, which simply stated are, “run what you brung” but it better not cost over 500 bucks. Last year we competed against teams from Hendrick, Roush, Gibbs and others, but with crappy cars, they were no better than us (well their uniforms looked better). If the guy beside you breaks, you help him fix it because the next lap; it may be your car that needs the help. Unlike some other series, you are treated with respect if you make a mistake on or off the track, after all, most of the people you are racing have little or no experience at the race track, they are like you, just living the dream.

ChumpCar is a throw-back to the era when racing was fun and cheap…where just finishing the race is celebrated as a win, where Bondo replaces carbon fiber, where a crescent wrench becomes the most valuable tool in your tool box and where a little common sense and ingenuity replaces billions of dollars spent on engineering.

So, are you the next Aryton Senna? Do you think you’ve got what it takes, chump?  If so, check out www.chumpcar.com or contact us at or email us at info@quicktrickalignment.com.