The difference in the distance measured on any axle between the leading edges and trailing edges of the wheel and tire assemblies at spindle height.

Typically measured in fractions of an inch, toe is usually set close to zero, indicating that the wheels are parallel with each other.

Toe-in means that the front of the tires is closer to each other than the rears, while toe-out indicates the opposite.

The distance between where SAI intersects the ground and the center of the tire. If this distance is not exactly the same from side to side, the vehicle will pull strongly at all speeds.

The direction the rear wheels point in relation to the centerline of the vehicle. If the thrust angle is not zero, then the vehicle will “dog track,” and the steering wheel will not be centered.

The measurement, in degrees, of the steering pivot line when viewed from the front of the vehicle. When added to the camber, this angle forms the included angle, which causes the vehicle to lift slightly when you turn the wheel away from a straight ahead position.

This action uses the weight of the vehicle to make the steering wheel return to center when you let go of it after making a turn. Because of this, if the SAI is different from side to side, it will cause a pull at very slow speeds. 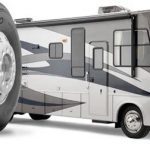 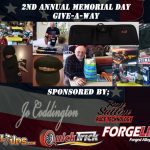