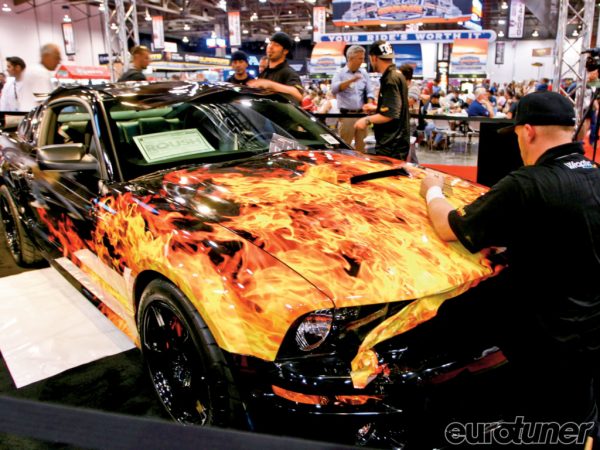 The SEMA acronym originally stood for Speed Equipment Manufacturing Association. In 1970, government regulations became an issue, and the name was changed to Specialty Equipment Market Association to improve the overall image of the association.

The first SEMA Show was held in 1967 in the basement of the Dodger Stadium in Los Angeles, before moving to the new Anaheim Stadium in 1974.

The first year brought together ninety-eight manufacturers staffing booths and an attendance of 3,000 people. There were 5 cars on display, including a 1967 Ford GT40 in the Shelby America booth and a drag-race-prepped Dodge Dart.

The early shows, held in Los Angeles and Anaheim, California, were exclusively card-table-and-masking-tape displays but by the early 1970s, a more polished display and marketing efforts were visible throughout the show. Booth sales and attendance kept increasing dramatically. The SEMA Show continued to cater to the needs of industry representatives rather than consumers and began to develop a reputation as a place where business was expected and completed. As part of the ’70s SEMA Shows, one of the must-attend events was Doris Herbert’s Drag News party, which was topped only by the SEMA Awards Banquet.

In 1975, the featured entertainers for the Awards Banquet were April Stevens and Nino Tempo. In 1976 (the last SEMA Show to be held in Anaheim), the show was a sellout with 570 booths and had to turn away some manufacturers due to lack of space. Over the next few years, the Show grew much larger and soon filled the Convention Center to capacity and was moved to Las Vegas in 1977.

In 1977, SEMA’s Awards Banquet (run by Sheldon Konblett) was held at the Sands Hotel and featured Norm Crosby. Sheldon Konblett also developed the design for the SEMA trophies, which have come to symbolize product innovation and excellence in the industry.

In 1979, Nile Cornelison began plans for his Innovations Day seminars program, which has since become one of the major annual association programs. The following year, Innovations Day was a smashing success and featured Lee Iacocca as the keynote speaker. Never had any activity held on the day prior to the Show’s opening attracted anything near the more than 460 who attended. That same year, Willie Nelson was the featured entertainer for the SEMA Awards Banquet.

In 1983, the import parts section of the SEMA Show was, thus changing the name to SEMA/AI Show. In 1984, there was a combined SEMA/AI/APAA Show in Las Vegas. The Industry Awards Banquet was held at the MGM Grand, and the entertainment was provided by The Platters and Gallagher.

In 1998, the SEMA Show broke the 500,000-foot mark with 502,912 net square feet of rented space. Each year since then, the Show has set new records of some sort. It now occupies more than one million net square feet, draws more than 3,000 media, and has a buyer attendance more than 60,000. The SEMA Show now routinely brings together more than 2,300 exhibitors, occupying in excess of 11,000 booths. Total attendance at the Show now tops 150,000 manufacturers, buyers and other industry representatives, making contacts and doing business.

In addition to the dazzling eye candy of automobiles, there are new product launches and plenty of industry parties and celebrities.

Throughout the 2000’s, the show has increased in reputation and, some might say, has grown far beyond a place to do business. The show has become more of a social event leaving many small business manufacturers to turn to the PRI Show (Performance Racing Industry) as a place to do serious business and meetings.

In 2020, the pandemic caused the first no show for the whole show. The show resumed, with limited attendance and pandemic restrictions in 2021 and everyone is looking forward to a “Back to the Norm” year in 2022.

This year’s show will be held November 1 – November 4, 2022, at the Las Vegas Convention Center.

The SEMA Show is a trade-only event and not open to the public, but you can join the Friday night parade of vehicles during SEMA Ignited and get a glimpse of all the show vehicles without hiking through 15+ miles of booths and outdoor areas. You can also sign up for the new Friday Experience.

WHAT IS THE SEMA FRIDAY EXPERIENCE?

FRIDAY ONLY access for two events with the purchase of this one ticket.

From 9:00am – 4:00pm walk the SEMA Show floor for an insider’s view of the aftermarket automotive industry. Following the SEMA Show conclusion attend the official after party, SEMA Ignited™ from 3:00pm – 10:00pm.

You can register for the Friday experience here:  CLICK

On a closing note, we will miss this year’s show, but we have put together a montage of highlights of the past 10 years that we have attended. We will definitely miss everyone, but duty calls and staffing is hard to come by.  Make sure and look for us at some of the show winning vehicle booths as well as on the track at racing events.

You may see yourself, your vehicle or someone you know. Check it out! 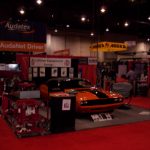 TOP 10 Tips for SEMA Show Attendees Previous
Track Width - What is it? How to measure Track Width Next 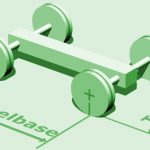